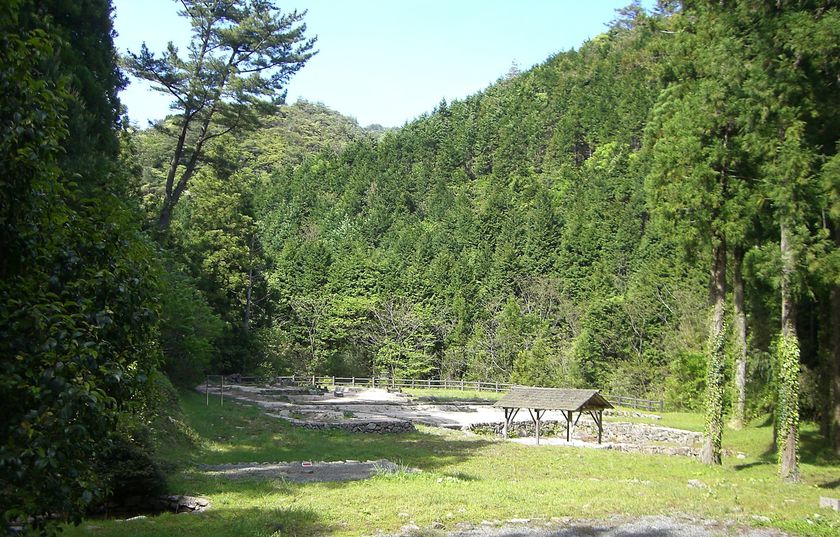 By the 1860s, Chōshū’s samurai leaders had come to understand that they needed to strengthen their coastal defenses. China had fallen to the British in the First Opium War (1839–1842), United States Commodore Matthew C. Perry (1794–1858) had forced Japan to sign a diplomatic treaty in 1854, and increasing numbers of Western whalers were venturing into the Pacific Ocean. The need to modernize Japan’s military became widely accepted across the country, but cannons, bullets, and other materiel required iron.

Traditionally, iron was produced in Japan with a blast furnace called a tatara. This type of furnace was used to smelt iron sand and charcoal into a high-carbon steel bloom. Beginning in the mid-1700s, iron sand was shipped through Nago port from Iwami province, in what is now Shimane Prefecture. From there, it was carried 9 kilometers along the Tetsu no Michi, or “Iron Road,” to the iron works at Ohitayama. The finished iron was then transported back to Nago by horse, and from there it was sent by boat to Hagi and beyond.

The iron produced in the tatara was hard, perfect for making swords, but cannons cast with the iron tended to explode. As Japan began to open its ports in the 1850s, Chōshū domain adopted newer technologies, and in about 1870, after over a century of production, the flames of the Ohitayama Tatara Iron Works were extinguished forever.

Between 1991 and 1994, the Ohitayama Tatara Iron Works underwent archaeological excavation, revealing the central takadono area with its furnace and bellows, an iron sand washing facility, drainage channels, and a quenching pool.

(This English-language text was created by the Japan Tourism Agency. )