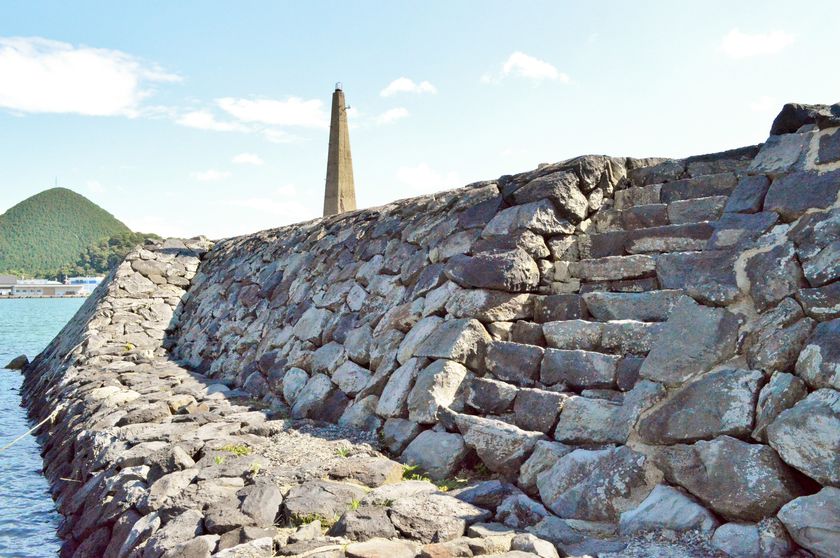 In 1853, the Tokugawa Shogunate lifted a ban on the building of large ships in order to reinforce its armaments and the coastal defense of each domain, and subsequently, the Hagi Domain was also requested to build large ships. In 1856, Ozaki Koemon, a master shipwright of the domain, and others decided to construct the shipyard at Ebisugahana in Obataura. In December of the same year, the first Western-style warship the “Heishin Maru” was launched, and in 1860, the “Kōshin Maru” was launched. It was confirmed that in building the “Heishin Maru,” iron mined at the Ohitayama Tatara Iron Works was used. Even now the big breakwater still remains unchanged in scale from the Edo period.