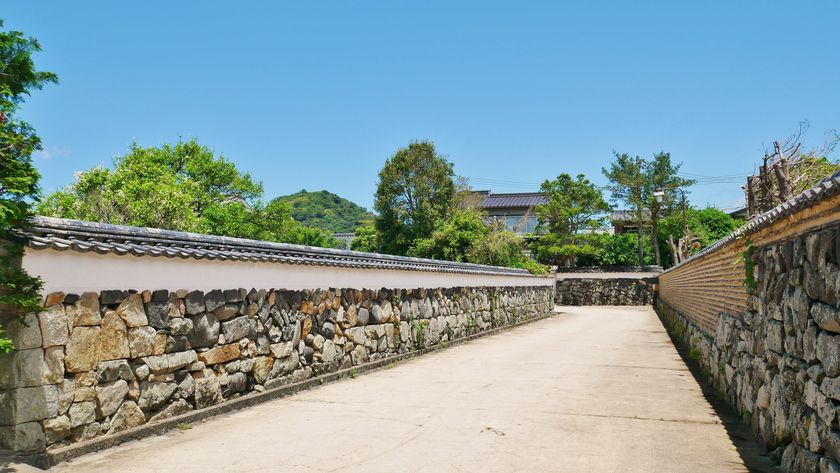 The street which gives the illusion of a dead end

Kaimagari (literally, “key turn”) streets are thought to have developed from castle defenses during the early part of the Edo period (1603–1867). By creating a right-angled turn in a street lined with tall walls, a passable thoroughfare could be made to look like a cul-de-sac. Visual trickery was employed to make would-be intruders think that their way was blocked, become disoriented, and turn back the way they had come.

Hagi Castle Town has two fine examples of kaimagari streets. The first, Horiuchi Kaimagari, is located near the Kuchiba Family Residence in the high-ranking samurai district of Horiuchi (“within the moat”). The second is Hiyako Kaimagari, which is located near the former villa of Tanaka Giichi (1864–1929), a Meiji-era military leader and prime minister. Hiyako Kaimagari is especially picturesque during the summer, when ripe, bright orange natsumikan citrus hang over the street’s beautifully preserved earthen walls. Natsumikan fruit is a Hagi specialty, and the spot draws photographers attempting to capture this emblematic image of Hagi.

(This English-language text was created by the Japan Tourism Agency. )